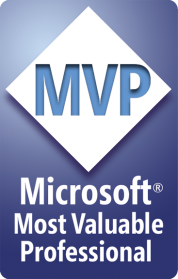 On Oct 1 2010, the award of Microsoft MVP was bestowed upon me, for "exceptional contributions to technical communities worldwide" by the Silverlight team.

I would have mentioned it sooner but for the facts that (1) you don’t easily get an award without being busy and (2) I had to wait for permission to use the award logo.

The MVP award process (which involved signing an NDA, signing up for benefits, agreeing to logo usage terms, getting access to the MVP site, receiving a physical package, being invited to the annual MVP summit and having access to product teams) is a well-oiled machine.  Naturally the terms of the NDA prevent me from saying anything I learn that is not legitimately public, but of course I will be blogging merrily about those things when they are officially announced.

About that physical package – it included an actual physical award (heavy and made of glass), a pin, a card and a certificate… 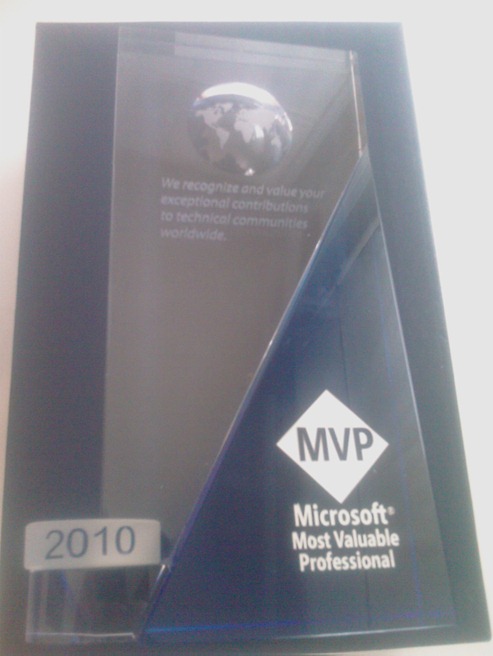 That "2010" is a separate pieces that slides on.  It will take a few years to fill up the side of the award – another goal 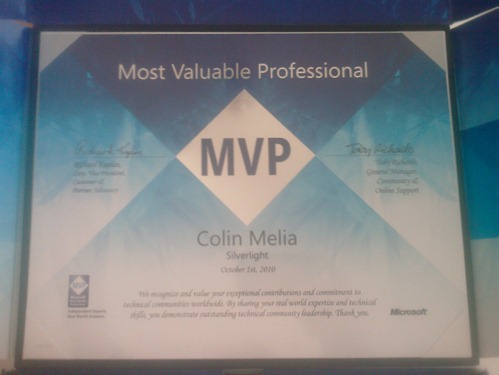 I’d like to thank the Microsoft Canada’s DPE (Developer & Platform Evangelism) team and Simran Chaudhry for their relentless support in nominating me.